Talon Energy is a junior ASX listed oil and gas explorer focused on delivering long term shareholder value through a balanced and diverse portfolio of oil and gas exploration and appraisal assets in both Australia and Mongolia.

Additionally, the Company has a right of first refusal over EP495 (also operated by Strike) and the 360Bcf (gas) gross Contingent Resource discovered by the Ocean Hill-1 well.

Both EP447 and EP495 are ideally located for access to the Western Australian gas market and with excellent proximity to the Parmelia and Dampier to Bunbury Natural Gas Pipelines.  This proximity to both infrastructure and nearby mining companies with energy requirements, coupled with high quality gas could lead to low cost, fast paced development with strong margins.

Talon’s partner in the Perth Basin, Strike, has experienced significant success in recent times via its position as operator of the significant West Erregulla gas discovery made in 2019.  Strike’s excellent technical and operational capabilities make it a top-tier partner for Talon in its Perth Basin permits. 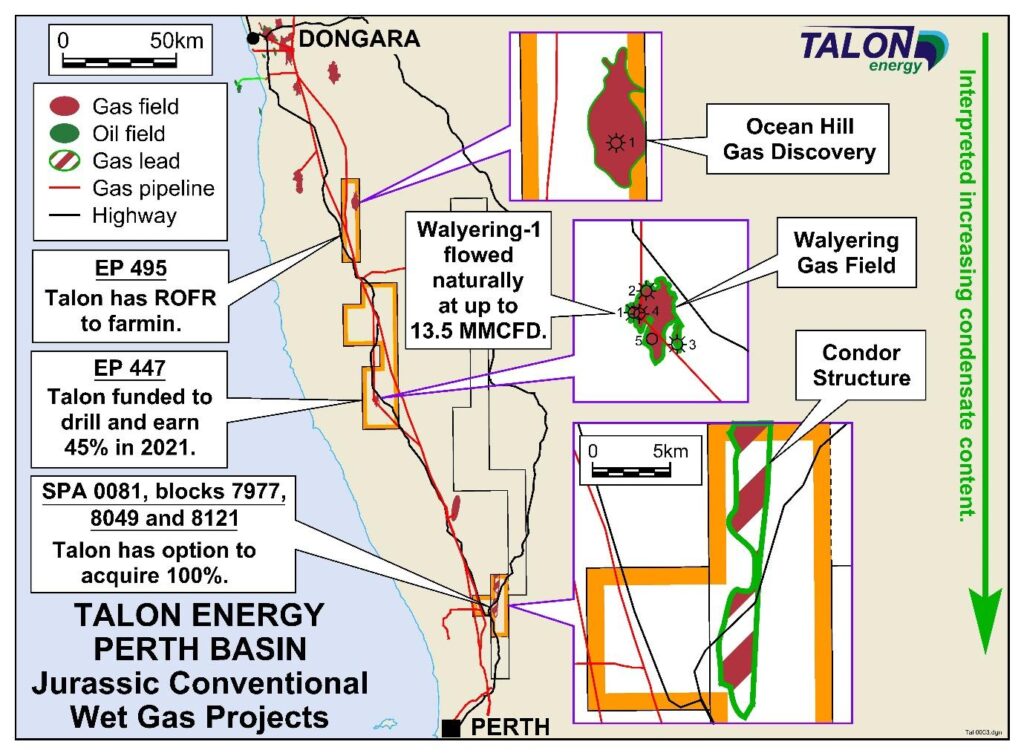 The Gurvantes XXXV PSA was approved by the Mongolian Government in early July 2021, and formally awarded to Telmen later in the month.

In September 2021 Telmen was granted an exploration license over the Gurvantes XXXV Project, with an Environmental Impact Assessment subsequently approved in February 2022, and exploration commencing at the Project in early 2022, which includes the drilling of multiple wells from March 2022.

The Gurvantes XXXV PSA covers a significant area of 8,400km2 and is in, what is considered one of the most prospective coal seam gas basins globally. Gurvantes XXXV is situated less than 20km from the Chinese-Mongolian border and close to the extensive Northern China gas transmission and distribution network. It is also proximate to several large-scale mining operations with high energy needs. Gurvantes is therefore ideally placed for future gas sales to satisfy both local Mongolian, as well as Chinese, energy requirements. 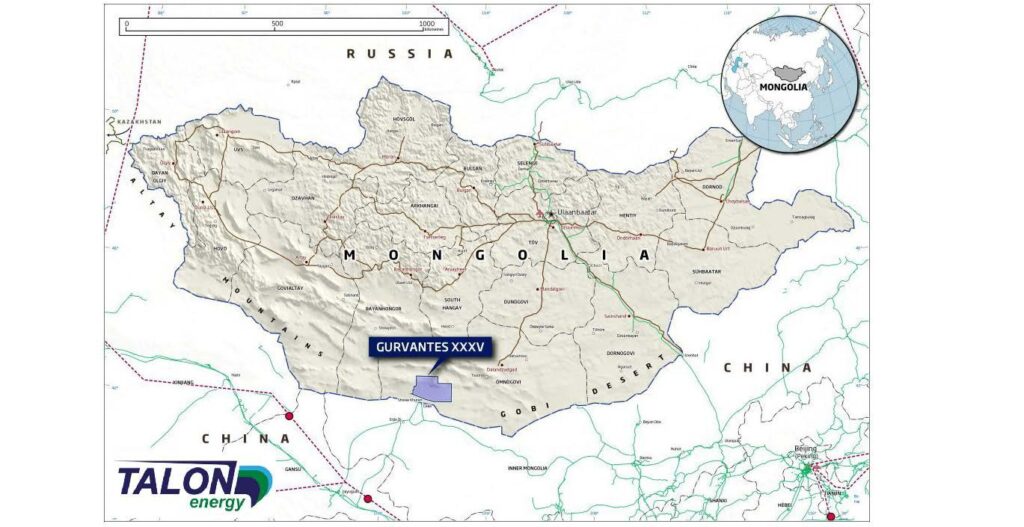 More detailed information on Talon’s current projects can be found in the Projects Menu at the top of this page.